It’s every business owner’s worst nightmare: one mistake, and all of their data is wiped out. This very situation happened recently to a hosting provider, and his story serves as a cautionary tale in regard to data storage best practices.

Hosting provider Marco Marsala was brought under fire after he posted on a server forum seeking advice for dealing with a catastrophic error he made while trying to erase a few files. Stating that he had utilized the “rm -rf” command with undefined variables, he had inadvertently destroyed all data on the computer. What’s worse, his backups were mounted to the computers and were wiped as well.

This is actually a similar blunder that Pixar experienced, almost deleting Toy Story 2 prior to its release.

As a result, everything Marsala had for his company was destroyed (including the websites he had created and hosted for his 1,535 customers) with no backups surviving to restore from.

Needless to say, the responses from other users on the forum were decidedly negative – a few dismissed the possibility of his company surviving the error, and others questioned his abilities as a programmer. One poster recommended Marsala seek legal counsel rather than technical advice, as he predicted that Marsala was “going out of business.”

By neglecting to follow best practices in regard to backups, Marsala essentially invited this disaster to strike. Following basic best practices would have mitigated much, if not all, of Marsala’s problem. What happened to his data is exactly the reason that all data backups should be kept offline, isolated from the original file on a separate system.

Without such measures in place, your data is subject to not just human error, as was the case here, but also other dangers. Fire, electrical surges, accidental equipment damage, theft, all of these events have the potential to jeopardize data that’s critical to your business.

Are your data backups as secure as they should be? Do you even have a backup and disaster recovery solution put into place?  Our experts can advise you on what your business needs to survive the worst disasters, and assure that you and your clients’ information are prepared for anything. Disaster Recovery and Why it Matters to Michigan Business 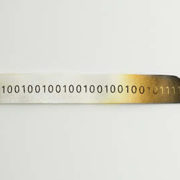 From email to social media, what happens to data after you die? 7 critical steps to take after a data breach

Your holiday-ready data breach response plan
Searching For A New IT Services Company Across Metro Detroit?
Vision Computer Solutions Is The Most Trusted Name In Information Technology Services For Large To Small Companies Across Southeast Michigan.
Fill out the form below to speak with one of our IT service professionals.