Dr. Mark Dean is an inventor and engineer who spent his career creating solutions that made computers more accessible and simple.

Born in Jefferson City, Tennessee, in March of 1957, Dean had shown an affinity for technology and building things at an early age. He excelled at school, one of the few African American students, both as a straight-A student and an athlete. He went on to graduate from the University of Tennessee, at the top of his class, with his bachelor’s degree in electrical engineering.

Upon graduation, Dean landed a job with the International Business Machines Corporation (IBM). Here he would change the course of history – producing some of the company’s most important innovations and holding 3 out of 9 IBM original PC patents; IBM PS/2 Models 70 and 80 and the Color Graphics Adapter.

Dean, alongside colleague and fellow engineer Dennis Moeller, developed the Industry Standard Architecture (ISA) bus system at a time when personal computers (PCs) had started to become popular with consumers in the early 1980s. This invention enabled individual devices to be plugged into our PCs through their ISA slot to communicate to one another – including disk drives, printers, monitors, and modems – making it possible for devices to work together, changing the usability of the PC forever. This invention sent Dean onward, leading the IBM design team through to the creation of the color PC monitor.

Dean made yet another breakthrough in 1999, this time in data processing. His team at IBM created the first gigahertz chip. Prior to, computer processors were operating in kilohertz (at one thousand cycles per second), or megahertz (at one million). With the invention of the gigahertz, computers were able to perform one billion calculations per second. This game-changing piece of technology meant that people could process data faster than ever before, and faster than most thought possible.

An asset and trailblazer to IBM, Dean was the first African American to become an IBM fellow in 1995 – the highest honor one can achieve at the company. In 1997, he was inducted into the National Inventors Hall of Fame and was awarded the Black Engineer of the Year Award in 2000.

Dean continues his revolutionary work in the tech industry, remaining dedicated to furthering the capabilities of technology and an advocate for increasing diversity in the workplace. 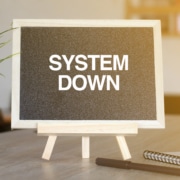 Tip of the Week: To Upgrade, or Not to Upgrade, Here are the 5 Questions

If a Self-Driving Car Gets Into an Accident, Who’s at Fault? [VIDEO]

Tip of the Week: 2 Ways to Minimize Your Business’s Environmental Impact
Searching For A New IT Services Company Across Metro Detroit?
Vision Computer Solutions Is The Most Trusted Name In Information Technology Services For Large To Small Companies Across Southeast Michigan.
Fill out the form below to speak with one of our IT service professionals.