A recent trend in cybersecurity is the omnipresent threat of ransomware and distributed denial of service attacks (DDoS). With hackers out to get you and your business, you need to stay updated on how to take the fight to these extortion masters. Unfortunately, victims who have become targets of ransomware, DDoS attacks, and other kinds of threatening hacker activity, often feel that “paying the piper” is the best way to resolve the issue. Well, we have news for you: it isn’t.

Ransomware and DDoS attacks are finding themselves increasingly more popular in the cyber world. The idea is that hackers can use DDoS attacks to take down an organization’s infrastructure, rendering it inoperable until the attack subsides. In the meantime, hackers make offers to the target, demanding a certain amount of cash for the attack to stop. In theory, paying the ransom should end the assault and allow for a swift recovery of service. But what happens when the target coughs up the change, and the hackers continue the attack anyway?

This is a question that organizations absolutely need to consider before giving into any hackers’ demands. Even if you pay up, there’s absolutely no guarantee that the attack won’t continue to happen anyway. That’s just not how the real world works. In many cases, you’re dealing with seasoned criminals who want to see you squirm for no reason. For all you know, the ransom could just be adding insult to injury. In a worst-case scenario, hackers will accept your payment and continue the attack anyway, elated at the suffering they are causing.

This was the case with ProtonMail, an encrypted email service based out of Switzerland, that fell victim to a massive DDoS attack on November 3rd. ProtonMail was initially threatened by a group of hackers called the Armada Collective, but they shrugged off the threat, thinking it no cause for concern. Its servers were overloaded with so much traffic that operations ground to a halt, to the point where even real messages were incapable of being delivered.

As reported by ZDNet:

The encryption service says the assault reached 100Gbps and not only attacked the ProtonMail datacenter but routers in Zurich, Frankfurt and other locations linked to the ISP — eventually bringing down the data center and ISP. This not only took down ProtonMail, but other companies were affected, too.

Supposedly, ProtonMail only paid up the $6,000 ransom due to the others affected by the attack, but either way, the attack didn’t let up. Their noble sacrifice was for nothing, and that’s $6,000 that can’t be taken back; that’s without mentioning the cost of the downtime caused by the attack. Basically, we recommend that you don’t take action or give in to hackers’ demands until you’re absolutely sure that there’s no way around the issue. Contact COMPANYNAME, your trusted technology consultant, before making such a decision.

When it comes to attacks like these, be it from ransomware or the threat of DDoS attacks, it’s best to always take preventative measures before these issues take root and grow into true problems. For more information about how your business can take the fight to criminals, give COMPANYNAME a call at PHONENUMBER. 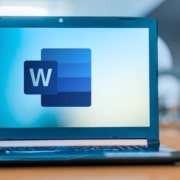 Urgent: Protect Yourself Against Heartbleed Tip of the Week: Use Poetry to Protect Your Data
Searching For A New IT Services Company Across Metro Detroit?
Vision Computer Solutions Is The Most Trusted Name In Information Technology Services For Large To Small Companies Across Southeast Michigan.
Fill out the form below to speak with one of our IT service professionals.

Landline Phones are On the Way Out, What’s Next?

Tip of the Week: Don’t Underestimate How These 3 Mistakes Can Ruin Your C...
Scroll to top