The most irrevocable and vile of acts on this planet committed by a person is an utterance that crosses all lines. The damage is done and now you’re left with the misfortune of falling into a spoiler trap on the internet. Why does this happen? Because, the Internet.

The next big thing is here, and it has the power to save Han Solo from his estranged son’s Lightsaber. Well, maybe not Han Solo, but it could save you from a critical plot synopsis leak being spoiled while perusing social media, inadvertently ruining your Monday morning social digest. 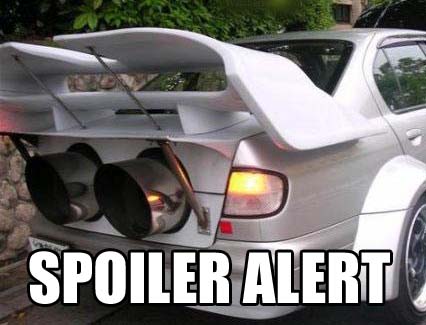 The Chrome extension blocks web content according to the protocol you assign to it. Spoiler Alert will even block out content from popular media resources, local sports teams, pop-culture favorites, and even political debates being broadcasted. Spoiler Alert has been working through beta testing stages as explained by Rick Broida at CNet:

“One problem I discovered is that Spoiler Alert doesn’t seem to work past the initial page-load. So on Facebook, for example, if you scroll down far enough that the site loads more content, the extension doesn’t block anything in that additional load. That’s a problem. But this blocker is still in beta, so hopefully the developers can address that. In the meantime, I’m just happy to have at least some line of defense against our spoiler culture.”

The extension is headed in the right direction and there are even separate plugins available for the most prominent spoilers on web pages, like Star Wars and Game of Thrones.

https://www.vcsolutions.com/wp-content/uploads/2019/10/GettyImages-1085389362.jpg 472 740 Chuck Lobert /wp-content/uploads/2017/11/vision-logo-large.png Chuck Lobert2016-06-21 12:45:412016-06-21 12:45:41TechTip: Game of Thrones Spoilers Inside! .....Just Kidding
Searching For A New IT Services Company Across Metro Detroit?
Vision Computer Solutions Is The Most Trusted Name In Information Technology Services For Large To Small Companies Across Southeast Michigan.
Fill out the form below to speak with one of our IT service professionals.

3 Talk-to-Text Apps that are Well Worth the Money