When one thinks about The Internet of Things, new and fantastic devices come to mind, like smart homes, smart cars, mobile devices, and more. While innovations like these are fueling the excitement behind the IoT, it’s actually the smaller, behind-the-scenes IoT devices which are poised to bring about the most significant change to our connected society.

These devices encompass technologies that you don’t generally interact with very much, or even think about, yet they’re needed to drive society forward. Devices like gas meters, water gauges, trash cans, soil moisture sensors, and much more, are all being retrofitted for the IoT. In fact, of the billions of devices that make up the IoT, and the billions more that will connect to it in the near future, the majority of these “things” will actually come from small, data collecting devices, instead of flashy gadgets like the latest smartphones.

To the careful observer, the prospect of all of these devices connecting to the Internet should raise the question, “How will all of these small and obscure devices connect to the Internet, or even have the power to do so?” This is a fair inquiry, especially considering how spotty 3G and 4G coverages are in some areas, and how the batteries of many modern devices can’t go more than a few hours or a few days without needing to be recharged.

Take for example an IoT-enabled gas meter on a log cabin in the middle of the woods. It’s located in a place with spotty Internet coverage, and it doesn’t make fiscal sense to have a technician replace the meter’s battery every few months, due to the fact that it’s so far out of the way. To help resolve issues like these, narrowband Internet of Things technology is being developed (NB-IoT). Experts are predicting that this technology will essentially be “the glue” holds IoT together. Consider this description of NB-IoT from NetworkComputing:

NB-IoT, originally called the cellular Internet of Things, is an emerging industry solution designed to enhance the global deployment of low-power wide area (LPWA) networks. Through licensed operator spectrum, in-band, guard band and standalone deployments, NB-IoT can provide connectivity to devices in hard to reach places without requiring much power to do so.

NB-IoT technology is specifically designed for inaccessible and hard-to-reach areas, like our log cabin example, as well as other important-yet-overlooked places that can stand to benefit from IoT technology, like basements, underground pipes, islands, boats, etc. NetworkComputing again explains:

This is where NB-IoT and LPWA technology come in, because they can provide a long-range mobile connection with low power consumption. This combination of connectivity and low-power needs means a utility company can install connected flow meters around a water distribution network to automatically detect leaks without worrying about whether or not the sensor will work.

This technology is already revolutionizing several industries, while having the potential to dramatically improve many more. In fact, the full potential of IoT technology has yet to be realized, which should cause business owners in every industry to stop and consider how this next big IT trend can benefit their company. Who knows, with a little creative thinking, perhaps you’ll be able to come up with ways that your business can benefit from accessing data collected by hundreds, or even thousands, of connected devices.

NB-IoT technology is making the future of IoT a reality, and if you can dream it, Vision Computer Solution can work with you to achieve it. Give us a call at 1.248.349.6115 and let’s discuss the future of your networking needs. 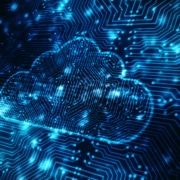 Why Google Fiber is a Game-Changer for the Internet Why Backing Up to the Cloud Makes the Most Sense 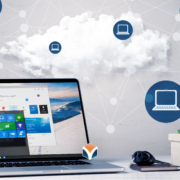 77% of Businesses Virtualize Their IT, What About You?

Harmful Malware Alert
Searching For A New IT Services Company Across Metro Detroit?
Vision Computer Solutions Is The Most Trusted Name In Information Technology Services For Large To Small Companies Across Southeast Michigan.
Fill out the form below to speak with one of our IT service professionals.

Tip of the Week: Follow These 4 Best Practices to Keep Your Computer Clean

3 Ways the Cloud Gets Better in 2016
Scroll to top